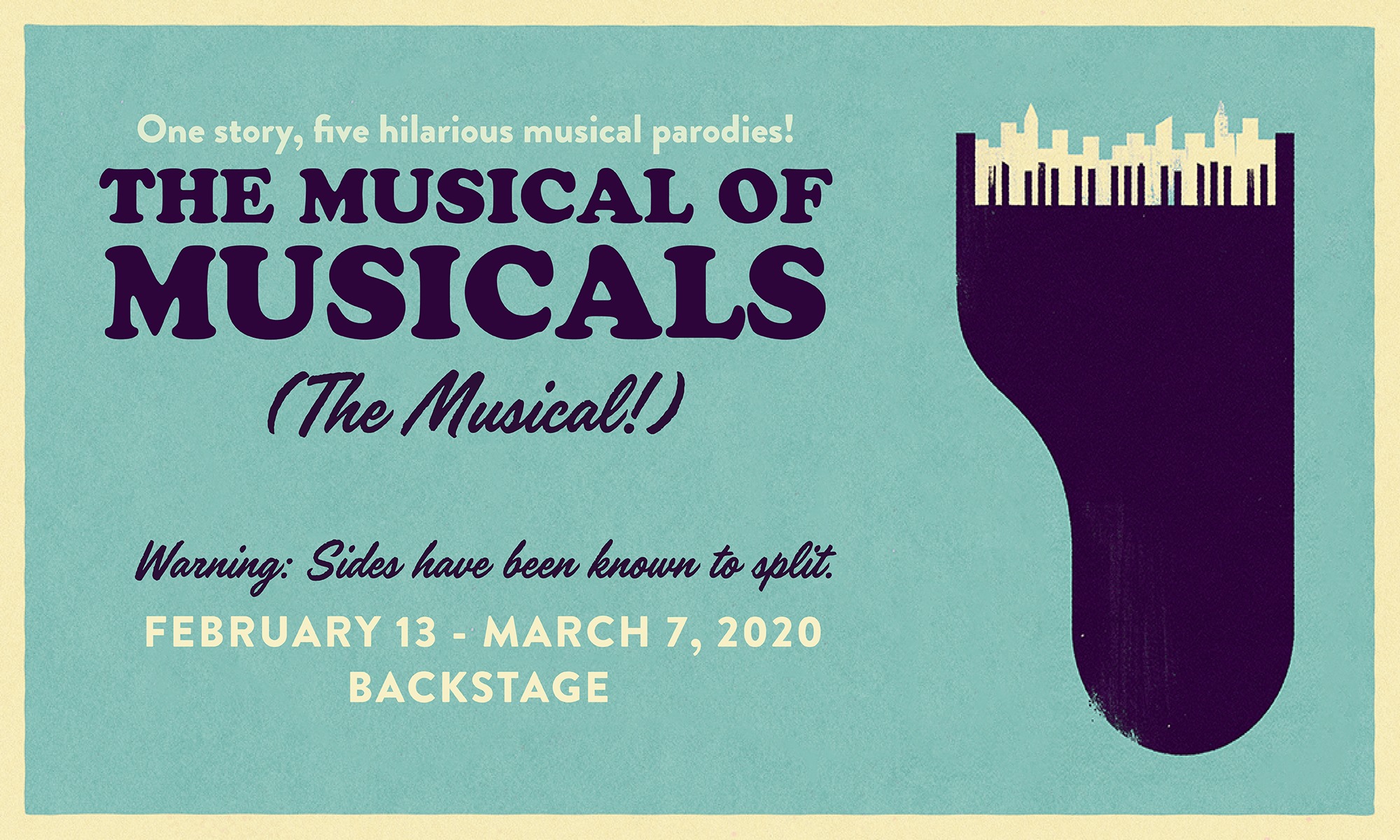 The Musical of Musicals (The Musical!)
Music and Book by Eric Rockwell
Lyrics and Book by ‎Joanne Bogart
February 13 - March 7, 2020
Backstage | Wednesday – Saturday |

June is an ingenue struggling to pay rent, plagued by her evil landlord, encouraged by her wise neighbor, and potentially saved by the leading man. This one story becomes a variation of five delightful musicals, each written in the distinctive style of a different composer, from Rodgers and Hammerstein to Stephen Sondheim. This musical is a hilarious satire of, you guessed it, musical theatre!

The Musical of Musicals (The Musical!) is chock full of musical theatre references, jokes, and homages.

After watching The Musical of Musicals (The Musical!) take our Scavenger Hunt Quiz! If you can answer each question correctly, based on the references made in the show, you will win two free tickets to The Producers! Limited to five winners per night.