Harper Lee’s To Kill a Mockingbird 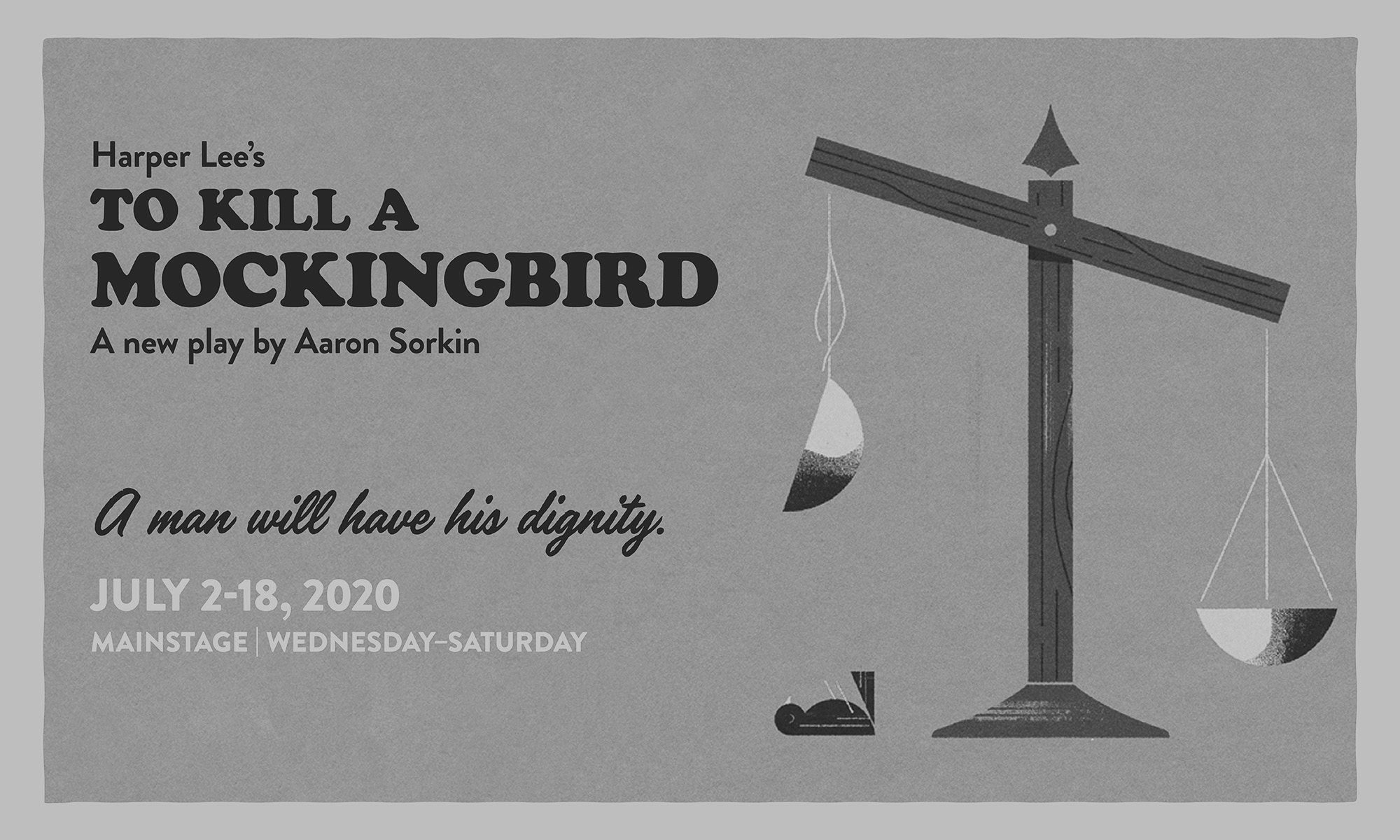 It is with the deepest regret that we are officially announcing the cancellation of Harper Lee’s To Kill a Mockingbird, Harriet and The Producers.

Our staff and board have been working to bring To Kill a Mockingbird to life on our stage in some format for the past four years. However, the spike in numbers from the pandemic has made it impossible for us to carry on with the production. Our box office will be issuing refunds or credits to all those who have purchased tickets to the show.

Please check back for the latest updates as we go forward. Thank you for your ongoing support of theater in Salt Lake City.

The new stage adaptation of Harper Lee’s To Kill a Mockingbird, currently running on Broadway and featuring a script by Oscar and Emmy winner Aaron Sorkin. Set in the Depression-Era South, Tom Robinson, a black man, is accused of a crime against a white woman. When Lawyer Atticus Finch takes on the case, he is determined to give Tom a fair trial, despite the rampant racism and prejudice in his small town. A heated dissection of justice and virtue, Lee’s classic story is retold with a new light and contemporary edge.

A Message from the Cast of Harper Lee’s To Kill A Mockingbird:

We, the cast of this production of Harper Lee’s To Kill a Mockingbird, felt the need to convey to you, our community, that our decision to return to do this show during a global pandemic and a national call for social justice was not cavalier.

As artists in theater, we tell the stories that move our community forward. We know that theater is transformative. Our hope was that after seeing this production of To Kill A Mockingbird, it would foster meaningful dialogue within our community. 18 months ago, this was our original intent. A lot has happened since.

Normally, as artists, we hope that through our storytelling, the message conveyed would reach those that need it most. We are also acutely aware that this show, performed in these times, was far from normal. A new normal has arisen. In the before times, we as artists felt “good enough” about the hours of rehearsals and the assurance that we gave everyone something to talk about. But something powerful happened in our rehearsal process and we couldn’t ignore it. Each of us had a revisiting of our choice to continue with this production; and it was made abundantly, unanimously clear that we as a cast wanted to do more than just tell the story. We wanted to be of service – to you, our community, and our family and friends who support us.

This want from all of us became deeply at odds with the rising number of COVID-19 cases in our state. While the difficult decision has been made to not continue with this show, we still wanted to share our voice:

Our society today is not as far removed as we think from this 1930’s depiction you were about to see. Systemic racism is prevalent; especially in law enforcement and our court systems. Black Lives Matter.

We profoundly believe that it is not enough to not be racist – one must actively become anti-racist. 19 of us told each other the story of how we all have someone close to us who remind us of characters in this play. We had hoped that this play would be a mirror for you to see yourselves.

While this story at this time will not be told, there are many stories to hear discussing racial injustices. Listen. Learn. Educate yourselves. Donate to worthy causes. Amplify the voices of those who are marginalized. This show is about failure. Failure to listen, to look inward, but more than anything, failure to act. But failing is a crucial factor in growth and change. And the first step is realization and acceptance.

If you have ever asked “What can I do?”, we have listed a number of resources – books, films, and organizations all fighting systemic racism. We have also listed the national domestic violence hotline and the National Sexual Assault hotline. Both resources are staffed 24/7 365 and are 100% confidential.

Radical times require radical change in ourselves and the systems that perpetuate systemic disenfranchisement. Radical change means that some people will be left behind, including those we love. Radical change requires us to question ourselves; to hold up a mirror to our upbringing, our education, our indoctrinations from family, friends and peers. It can be done. It must be done.

– Harper Lee, To Kill a Mockingbird 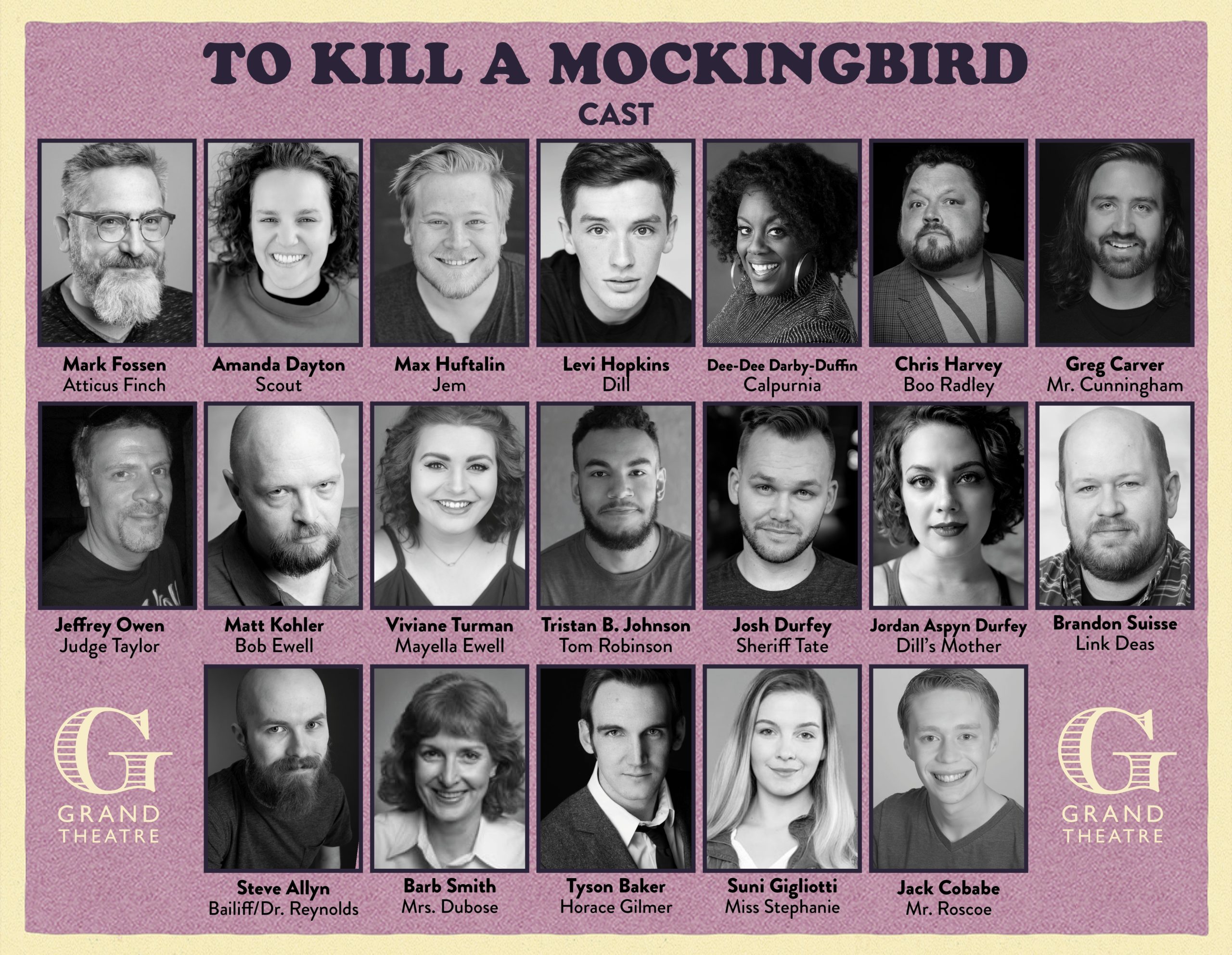