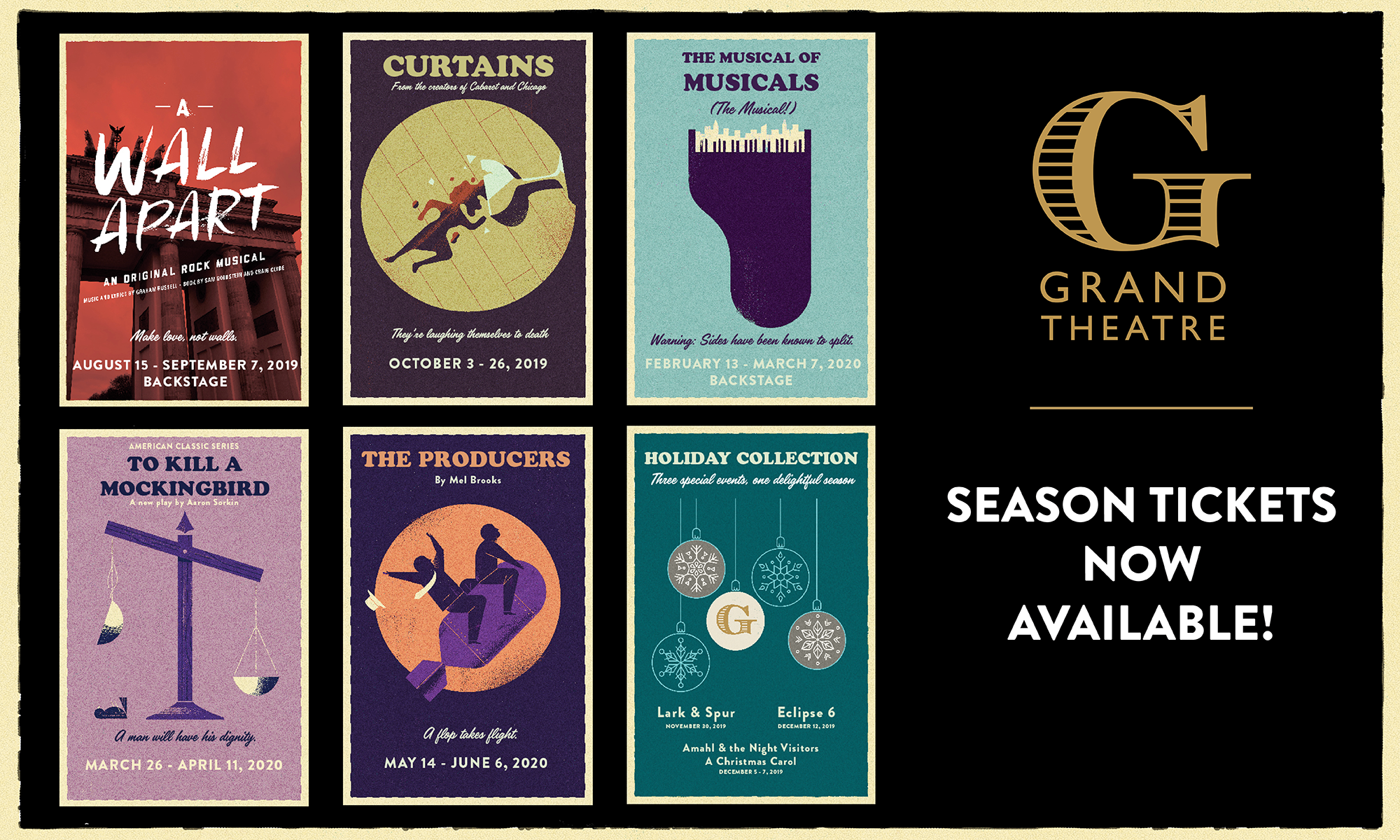 The Grand Theatre is very excited to announce the 2019-2020 season!

Featuring five productions which include several beloved musical classics and two premieres, we hope you will join us for a very exciting 2019-2020 season! 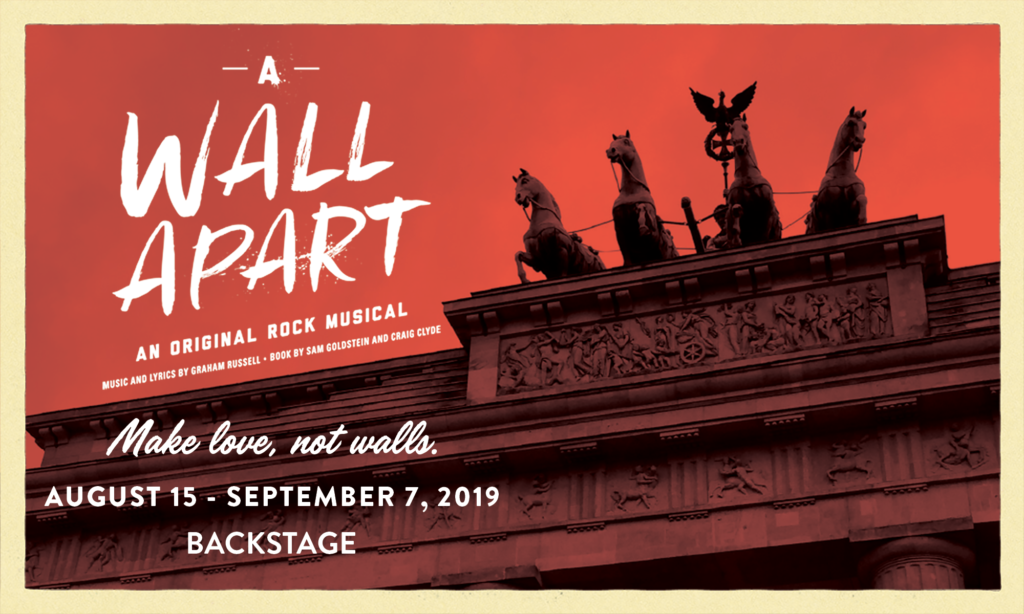 Featuring the New York Musical festival production team with music and lyrics by Lord Graham Russell of Air Supply and a book by Sam Goldstein and Craig Clyde, A Wall Apart will come to the stage to commemorate the 30th anniversary of the destruction of the Berlin Wall. With scars from one war, three brothers in East Berlin face another as the Berlin Wall divides their city. As the brothers strive to find their way; three generations of family ties, brotherhood, love, marriage and parenthood are tested. What is the price of liberty, and will the wall divide or unite this family? More Info 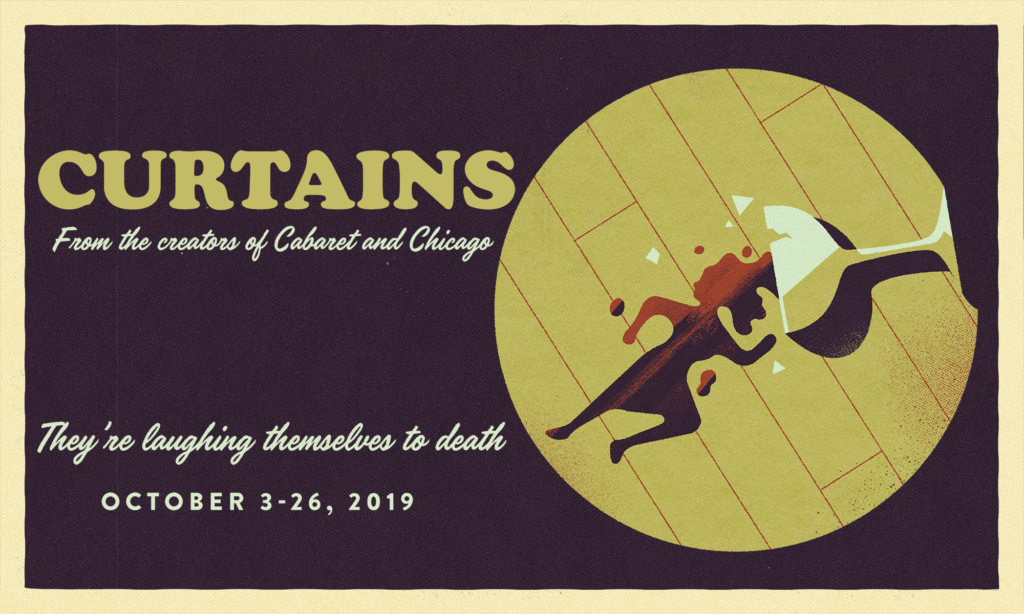 It’s the brassy, bright, and promising year of 1959. Boston’s Colonial Theatre is host to the opening night performance of a new musical. When the leading lady mysteriously dies on stage the entire cast and crew are suspects. Enter a local detective, who just happens to be a musical theatre fan! 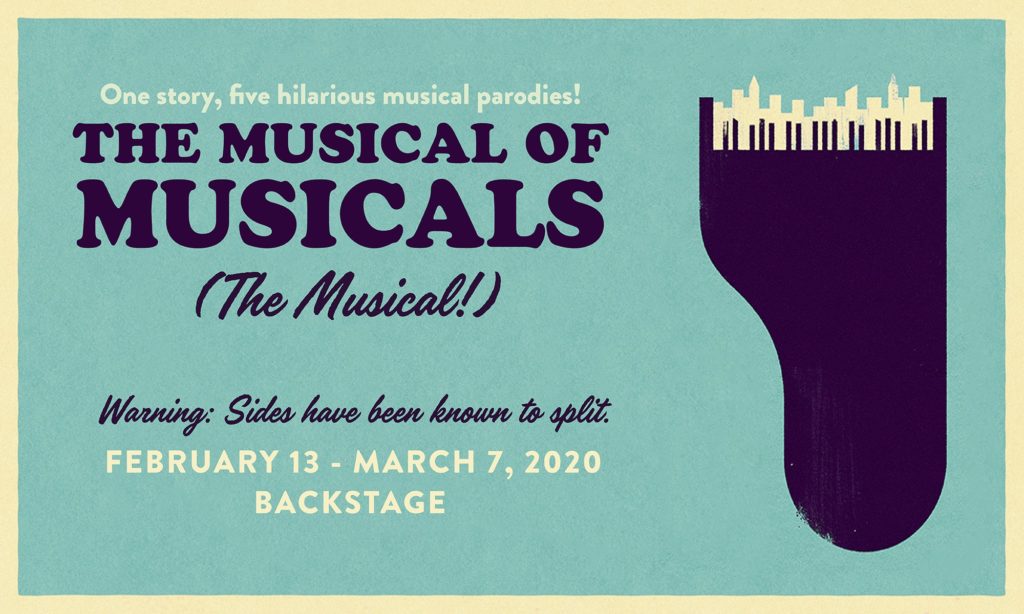 June is an ingenue struggling to pay rent, plagued by her evil landlord, encouraged by her wise neighbor, and potentially saved by the leading man. This one story becomes a variation of five delightful musicals, each written in the distinctive style of a different composer, from Rodgers and Hammerstein to Stephen Sondheim. This musical is a hilarious satire of, you guessed it, musical theatre!

The new stage adaptation of Harper Lee’s To Kill a Mockingbird, currently running on Broadway and featuring a script by Oscar and Emmy winner Aaron Sorkin. Set in the Depression-Era South, Tom Robinson, a black man, is accused of a crime against a white woman. When Lawyer Atticus Finch takes on the case, he is determined to give Tom a fair trial, despite the rampant racism and prejudice in his small town. A heated dissection of justice and virtue, Lee’s classic story is retold with a new light and contemporary edge.

When a failing producer teams up with his accountant, they come up with a scheme to produce the worst musical ever with hopes to rob their backers of millions of dollars. But when the musical turns out to be a great success, the two men find themselves resorting to hilarious antics, unexpected adventures, and a partnership they never expected.

Additionally, The Grand is offering an exclusive Holiday Season package! Ring in the holidays with our three shows which feature delightful music that is bound to spark your holiday spirit:

Starting off the holiday season is Lark & Spur, a concert of traditional and modern carols. Lark & Spur is known for a warm acoustic sound, unique arrangements, and soaring vocals. Next, in partnership with the University of Utah School of Music and Salt Lake Symphony, we are bringing back our two beloved operettas, Amahl and the Night Visitors and A Christmas Carol. Two distinct stories shared over one weekend, captures the holiday spirit and the power of community. Finally, the acapella group Eclipse 6 is ready to bring it to you again with new music, traditional Christmas songs, and a few surprises that recurring audiences have come to expect. Get your family together and get your Holiday Season package for a delightful holiday season!